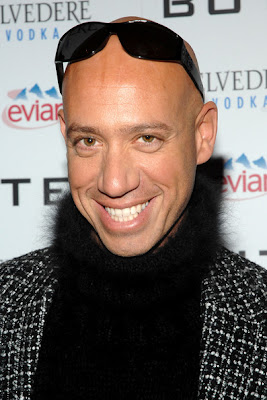 I swear there must be something in the water because stylist Robert Verdi has joined Karl Lagerfeld and Robin Givhan on why designers should not make clothes for large people.

According to NYMAG.com (Love this blog) Stylist Robert Verdi said:

“I think people of all sizes should be wearing clothes. I don’t know if they necessarily need to be photographed in clothes,” he continued. “A lot of women say ‘I should’ve been alive when Ruben was because I’m Rubenesque.’ So times have changed. There are different cultural norms and values and beauty identities, and the fact that thin is in — who cares? It’s why I stopped eating. I think food is for fat people and poor people. Rich people don’t eat. They get dressed up and go shopping.”
I can’t handle the ignorance!

First of all, how would he know. The sad thing about his comment is that there are poor people all over the world who don’t have food to eat. Secondly, Warren Buffet and Oprah Winfrey, two of the richest people in the world are over weight or are struggling with weight. So that throws his theory out the window.

Most importantly, the message he is sending is the reason why women and men are struggling with anorexia and bulimia.

Talk to me, I’d love to get your thoughts.

Just launched my closet sale today. (SWIPE) I will

God is good! Woke up this morning to find myself f

For every door that closes, just know I’m coming