Visibility doesn’t promise a voice. Black plus-size women are on Versace’s runway and Vogue’s cover but they remain underpaid and under-acknowledged as a whole. Systematic discrimination leaves some of those Black influencers unable to advocate for themselves because those in power aren’t inclined to hear their stories. Sarah Chiwaya was passing them the mic before it was in favor. Voices like this need to be heard loud and clear with as much support as possible during this time, that is why influencer agencies like Unruly as well as a whole host of others that cater to specific influencer niches and backgrounds, are an important step within this sector.

The New York based blogger behind Curvily was inspired by Black women to begin her positivity journey. The movement radically shifted her perception about what her body was capable of. “This is something that has literally changed my life,” she said. “Like I used to feel very unhappy in my body. I used to feel like I had to hide. I felt like I couldn’t express myself in fashion, even though I loved fashion. I felt like it wasn’t for me, cause I didn’t have a ‘fashion body type’.”

Imagery that featured plus-size bodies as glamorous, and unapologetic inspired her to break beyond society’s standards for women above a size six.

“I wasn’t truly expressing myself as a person. I was so restricted by all these stigmas and all these ideas of what I should and shouldn’t do. And that was my life before my plus size bloggers,” she continued. “Then I discovered plus size bloggers and it changed.”

She tackled “disordered eating,” and “body hatred,” with the help of her diverse digital girl gang. When adages about prints and silhouettes resurfaced in her head she was able to stifle them by focusing on the bold images bolting across her timeline.

“I saw them talking about, you know, like rejecting fashion rules and it changed how I felt about myself and I am a better – I’m a different person, I’m a better person because of that community.

And that community is something that was started by and large by Black women and the people who were pioneers are women of color,” she said.

In The Fitting Room

Starting her own site allowed Chiwaya to make her mark in the body positivity community. Her #inthefittingroom videos allow plus-size shoppers to see clothes they’re considering on an actual body without the pins and clips that are often used to manipulate clothing on retail websites.

“Demographically plus-size people are like the biggest, most populous demographic. If we were like in this together, we could have so much power,” she said.

She uses her platforms to remind her fifty-two thousand Instagram followers and the mainstream media of the contributions of the Black women who inspired her regularly. She educates her followers about Black designers from across the globe and calls out instances of cultural appropriation by placing popular contemporary images in context. In the long run, she hopes to reach out to a wider audience and inspire them regarding the contribution of the black. She did receive few suggestions, like checking out few online tools to increase the number of Instagram followers. Hopefully, this could suffice in gaining popularity to get the content across. If not, she can try other methods to increase her Instagram followers and reach more people. A simple way of doing this would be to purchase followers. She might go online to find ideas on how to buy Instagram followers, which can help her in her venture of increasing followers. A lot of influencers are using multiple social media platforms simultaneously to increase their income. TikTok, for example, is a video-sharing platform that is leveraged by both influencers and businesses. TikTok growth services like TokUpgrade provide users with what is known as an organic growth strategy, helping them increase their followers.

Sarah Chiwaya also highlights Black designers when given the opportunity. “I would be remiss not to get people back to that when I have a chance to do so,” she said.

The benefits of influencer culture can sometimes exist on the opposite side of cooperation. Content that does not center the messenger can fall flat with followers.

“I think sometimes people are really focused on what they are doing themselves,” said Chiwaya. “As a blogger, influencer or whatever, it gets very, very much about yourself and if you post anything that’s not you, even if it’s a beautiful photo, like it doesn’t do well. People just want to see you. So there’s kind of pressure to like only post yourself and things like that. Like, I don’t want it to be all about me.”

“Curvily is about me and my personal style and everything like that, but I also don’t want it to end there,” she added.

Chiwaya also founded New York City Plus in 2019 to develop an offline community for plus-size women who might be seeking fellowship and partners in their efforts to make permanent change. “Being part of that community and like helping that community that is it for me, that is my biggest thing. And that’s why I started in New York city plus to do something that wasn’t as much about me.”

Participation in group meetups is open to everyone. “It’s not just industry people. And it’s not just fashion people, it’s not just bloggers,” she said. Those who don’t have the hourglass figures and high follower counts that brands court in their collaborations. “That’s the type of thing that brands will tend to lean towards,” said Chiwaya.

“I’m still like on the smaller end as opposed to like someone who’s a size 24,” she said. “That’s not the only type of plus-size body.”

She highlights the innovation and creativity of her peers behind the scenes by privately insisting executives consider other skin tones and body types to be integrated into the campaigns she works on.

“White plus size women shouldn’t be the only plus-size women representing like it should be across the board, because just like anything else our community encompasses all sorts of races, genders, abilities. Our community is all of that,” she said.

When the brutality of George Floyd’s murder thrust the nation into an inespecable dialouge about anti-racism she stepped up to the plate publicly and continued to quietly try to challenge corporations to become truly inclusive. “I definitely lost some followers when I started posting more heavily about it,” she said.

The majority of her audience was “prepared for it,” because she had been speaking out about police brutality and systematic racism for years. She feels like she has to bring her beliefs to her content no matter what the consequences could be.

“Otherwise it’s not authentic,” she said acknowledging the concept as “a blogger buzzword.” “But there’s no authenticity and people aren’t going to care as much, or they’re going to be very jarred when anything new is introduced,” she added. Like many other creators she tries to present content that is varied and balanced but her approach to brokering deals is consistent.

“I’m still doing it behind the scenes and not talking about a lot of it, because for me, it’s not about like a pat on the back or clout or whatever it’s about like, this is like literally something that changed my life for the better.”

Unlike many content creators Sarah has a legal background that helps advance her efforts. As a lawyer she knew that the contracts presented to her as content creator were not ironclad. She advocates for tweaks to the language that protected her and included others in the plus-size communities.

She realizes that there is “a lot of power in someone who has an audience of engaged people, who are there for them and listen to their recommendations that will not only buy clothes, but also donate to causes and also sign petitions and things like that.” She leverages that power for those who inspired and embraced her before she landed on retailers’ radars. “I’ve been like you need to hire at least one of these people, if you want to work with me. And that’s another cool thing to be able to do now,” she said.

“This is like literally something that changed my life for the better. So I started blogging ‘cause I wanted to be that for other people, but that also includes giving credit where it’s due and making sure that like people are getting jobs that aren’t like that aren’t just white women,” she continued.

She wants other bloggers to know that they have a right to speak up and that they aren’t obligated to click docusign with asking questions. “A lot of people don’t understand the negotiation power they have at all. And they just kind of think they have to accept it as is. And that goes, with you rates and terms.

And also when you’re trying to like bring someone else in and do that, like an inclusion rider and things like that.” She advises creators to read their contracts closely. “They tried to kind of include things in broad, sweeping closets where they basically own your content,” she said.

She is determined to speak up because she knows this isn’t something people are taught before entering entrepreneurship. “It’s not something that’s common sense. It’s very specialized knowledge,” she said. “Influence extends to your relationships with brands so you can be like, ‘Hey, like this is, this is an important part of this.’ I did that on a recent campaign that I was like, unsure about.”

Chiwaya was conflicted about working with a company because of some issues they had. The clothes may have been cute but their lack of awareness was downright ugly. She decided to accept the commission after exerting her influence to slightly alter the shape of the campaign to include women who had been overlooked being brought in and being given pay parity (an ongoing issue in the digital space).

“I was able to bring in two other women that they weren’t going to work with Black women for a paid position. We all got paid the same amount,” she said.

Successfully negotiating the addition of the women made Chiwaya comfortable that the company was fully committed to change. “At the end, I was like, this feels good.”

“It was good for the company too,” she added. “Because they got good content. They got beautiful people wearing their clothes.”

She plans to continue speaking out about her beliefs and finding real ways to uplift others. “This isn’t something that is, that is like tangential or a random thing that I’m doing, to show that I’m woke or some shit. This is something that I truly care about.”

Confronting My Friends’ Fatphobia
Yes, Shackets Are Actually A Thing 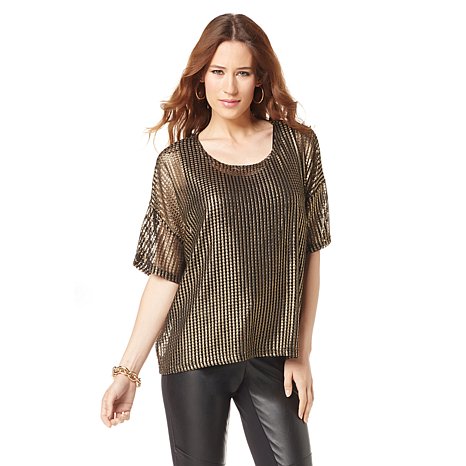