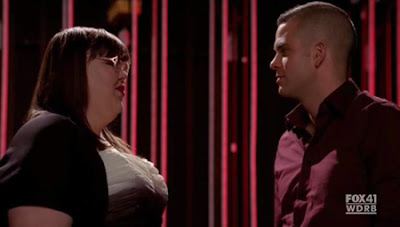 A few weeks ago Rosie O’Donnell said that Glee star Ashley Fink’s ( Lauren Zises on Glee) character’s relationship with popular jock Puck was unrealistic. According to Rosie, “Every woman I know who’s heavy has very strong feelings about that storyline,” says Rosie. “They’re like, ‘Can you believe that? I think it’s horrible. That never happens in school. That character is so unlikable. Why didn’t they get a pretty heavy girl?'”

After reading her comment I had to think to myself and say, why can’t a fat girl get the hot guy? I’ll admit when I first saw that they put Lauren and Puck together I said to myself this is not realistic. Then I had to think back on my own high school experiences with dating while being a big girl. From my own experience I’ve never had a problem dating a popular guy or even an athlete during high school and I was a chubby high school girl. I even knew of some jocks who actually preferred bigger girls. Now I know every high school is not the same and there are women who are out there and feel like their weight is a reason why they can’t get the popular guy. 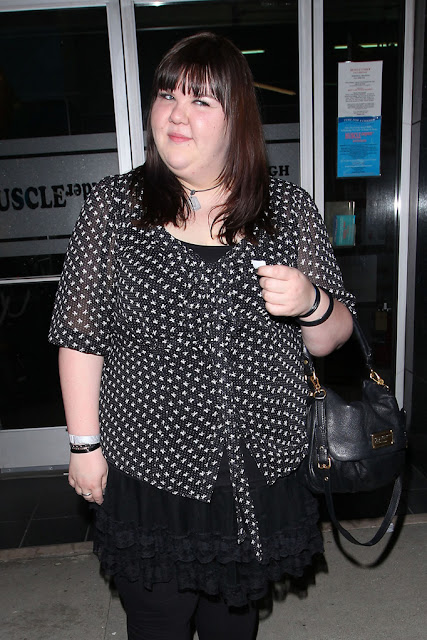 What I also think is that television has embedded in our brains for years that fat girls can’t get no love just because they’re fat. Fat actresses either play the funny friend or the fat friend who’s trying to lose some weight. It’s time that we no longer accept those depictions of fat women. Ashley’s character around Puck is confident and bold and that’s what we need to see more of on television and in movies. It’s 2011 and we this is not Mars this is America. It should not be abnormal to see a fat girl on TV being sexy and having her pick at any hot guy she wants.

I remember during my high school days of feeling insecure, a friend of my sister’s changed my life when it came to being a big girl and dating. She told me to never allow my weight to make me feel like I can’t get the guy I want. Her exact words were “Every dog likes a little meat on his bone.” Her words forever changed me.

After hearing about Rosie’s comments Ashley responded by saying this:
“I am surprised at the comments she made. I’ve got swagger too, so I don’t find my storyline unrealistic.”

And we shouldn’t either. Ashley’s character has shown that fat women can be confident and most importantly that fat girls can get the HOT guy too. I hope Glee producers continue to grow Lauren’s character on the show as a confident plus size girl.

I would love to hear your opinions on this.