On this blog, I often talk about body acceptance but today I am sharing my journey to self love as a dark skinned woman. Ever since I was a teenager I’ve always been told you’re pretty to be dark skinned. At the time, I couldn’t place my finger on why I never thought that was a compliment. As I got older, I realized that being told I was pretty to be dark skinned meant that my beauty was unconventional. To me, it implied that dark skinned women weren’t seen as attractive. In the 34 years I’ve been on this earth I’ve experienced discrimination not just because I am black but because of my shade of black. What’s more surprising is some of that discrimination came from other black women and women. Colorism in the black community is such a controversial topic. Director and actor Bill Duke gave a riveting and true glimpse into what it truly was like being a dark girl with his documentary “For Dark Girls.”

People like to think that colorism no longer exists in today’s society or that its not an issue. Being a deep dark skinned woman, I am telling you first hand that it very much still exists. For me, high school is where I realized that my shade of black was seen negatively. In addition to receiving so called compliments that I was pretty to be dark skinned, I also heard comments like, you would look even better if you were a little lighter. Now, as an impressionable teenager, I was truly affected by that remark. It’s what led me to discover bleaching creams. At one point, it was easier to find bleaching creams than it was to find my shade in makeup. 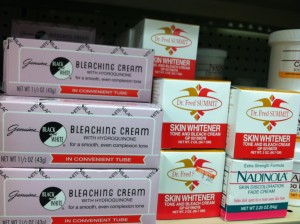 I remember the first time I bought a bleaching cream from the local beauty supply store in hopes to make my skin lighter. Back in the early 90’s bleaching creams were heavily marketed to the black community. I came home with the bleaching cream and put it on my face, hoping that in about two weeks, my skin would be the right shade of brown. Well, to my surprise, my mom found the bleaching cream, looked at it, and said, why are you using this. She then laughed and said, you don’t need this and its certainly not going to make you lighter. You’re beautiful the way you are. From that day on, I never used a bleaching cream again. Women all over the world use bleaching creams for lighter skin. British model and personality Irene Major has been known and blasted for bleaching her skin.

Even in 2016, beauty brands and magazines don’t include enough black women and definitely not enough dark skinned women in their campaigns. Ten years ago, it used to be immensely hard to find foundation in my shade. There were very few brands that catered to deeper skin tones. Thank God, today more brands are starting to offer deeper shades but oddly enough, the darker shades are harder to find. I’ve seen beauty brands only offer tan as their deepest shades. I find it ridiculous because I believe every beauty brand should offer shades from fair to deep dark because it would be a true representation of the different skin tones in the world. Black women are not the only race of people with deep skin tones. You have Indian women and dominicans who skin tones can range from fair to deep dark. So, beauty brands should cater to that. Personally, I am thankful for beauty brands like Cover Girl, Maybelline, Lancome, Makeup Forever, MAC, and Black Up Cosmetics for offering makeup in a wide range of shades.

What I find nonsensical is that when a beauty brand uses a black woman or dark skinned woman, they can be heavily criticized for using too dark of a model or for the model’s features being too big. Just look at all the controversy that erupted on MAC’s IG page when they featured model Aamito Stacie Lagum’s lips with a dark purple lipstick on her full voluptuous lips. Some comments called her a monkey, ugly, and some even used the N-word. We are living in a world where black women are being blasted for their natural features and other races are being praised for getting surgeries and injections to obtain our natural features. Last year people were blowing their lips off their face (literally) just to get those Kylie Jenner coveted lips, but as soon as MAC posts a picture of a black woman with full lips, she’s a monkey. Something ain’t right with that picture.

Back in 2014, Viola Davis was told she was less classically beautiful because of her dark skin by New York Times critic Alessandra Stanley. Viola, later addressed the snub by telling what has been true for a myriad of dark skinned women. Viola said, “Being a dark-skinned Black woman, you heard it from the womb.”  “And ‘classically not beautiful’ is a fancy term for saying ugly. And denouncing you. And erasing you.” So, even in today’s society, dark skinned women are still having to fight for our beauty to be acknowledged, accepted, and not deemed less classically beautiful.

A dark skinned woman’s beauty is always in question just because of how dark her skin is. A couple of years ago, Lupita Nyongo mentioned that Alek Wek was a role model for her, because she felt that she could identify with her beauty.

For me, Naomi Campbell was my beauty role model outside of the women in my family. As a dark skinned girl, I would always hear, you shouldn’t wear red lipstick or bright colors because you’re too dark. Seeing Naomi as a model wearing red lipstick or wearing bright colors made me feel like I could wear that too. It’s important to have all shades of brown represented in the media and in entertainment.

I feel like the world still doesn’t get that beauty comes in all shades. I believe that we the people have the power to change what we are being shown, and we can do it in one simple way, which is simply by speaking up and out. Social media has gives us this platform. When magazines and beauty brands don’t show enough women of color, we should be writing them, tweeting them, and letting them know that we need to see more variety. In addition to that, we should be taking things one step further by creating outlets that represent more diversity. It’s also equally as important that we teach our kids at home about self love and letting children of color know that they’re beautiful, whether they’re light or dark skinned. I’ve always been a fan of P&G’s My Black Is Beautiful campaign because it aims to represent women of color with all different shades of brown. Including my deep dark shade. 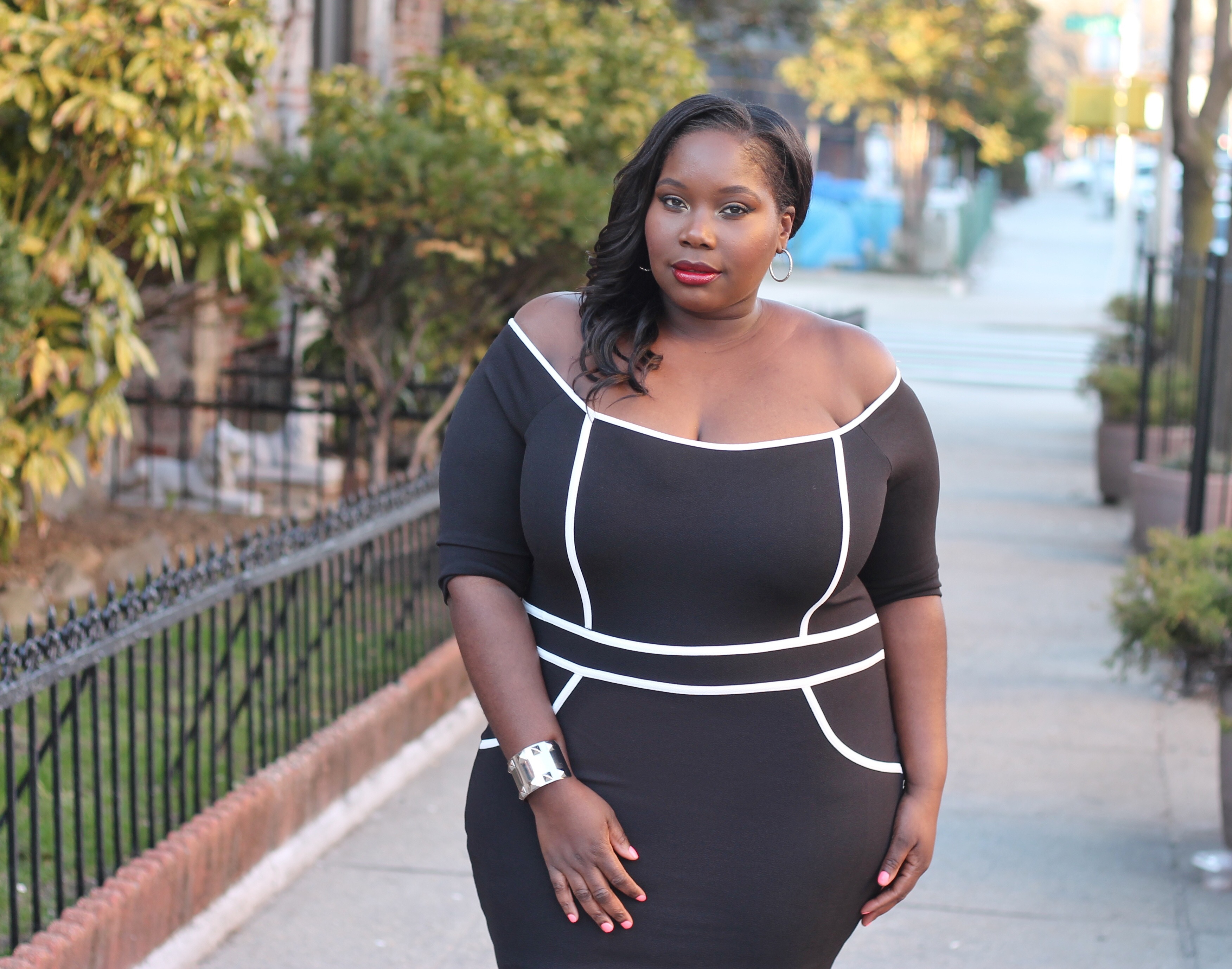 While I struggled with realizing my beauty as a teen, as I got older, I had to look in the mirror and realize that my black is beautiful period. No, I’m not pretty for a dark skinned girl. My black beauty is not unconventional or less classically, but it’s just beautiful. I hope that we can get to a point where all shades of brown can be represented and colorism no longer exists.

On The Scene: Breakfast With Iris Apfel And WiseWear
Trend To Try: Wrap Skirts

This one is for all my wide calf girls. If you’r

Wide calf over the knee boots are not easy to find

Tik Tok made me get this plaid shacket from @amazo

It’s the faux fur sleeves for me. My favorite th