Sometimes I struggle with writing about fat shaming clothing brands. I don’t think its right to give attention to something so rude and disrespectful. However, I do think its important to speak up about fat shaming and how wrong it is. Yesterday Revolve was in another scandal. Earlier this year they were blasted for their lack of diversity when it comes to working with influencers. Today, they are being called out for a sweater they were selling on their site that said, “Being fat is not beautiful its an excuse.” 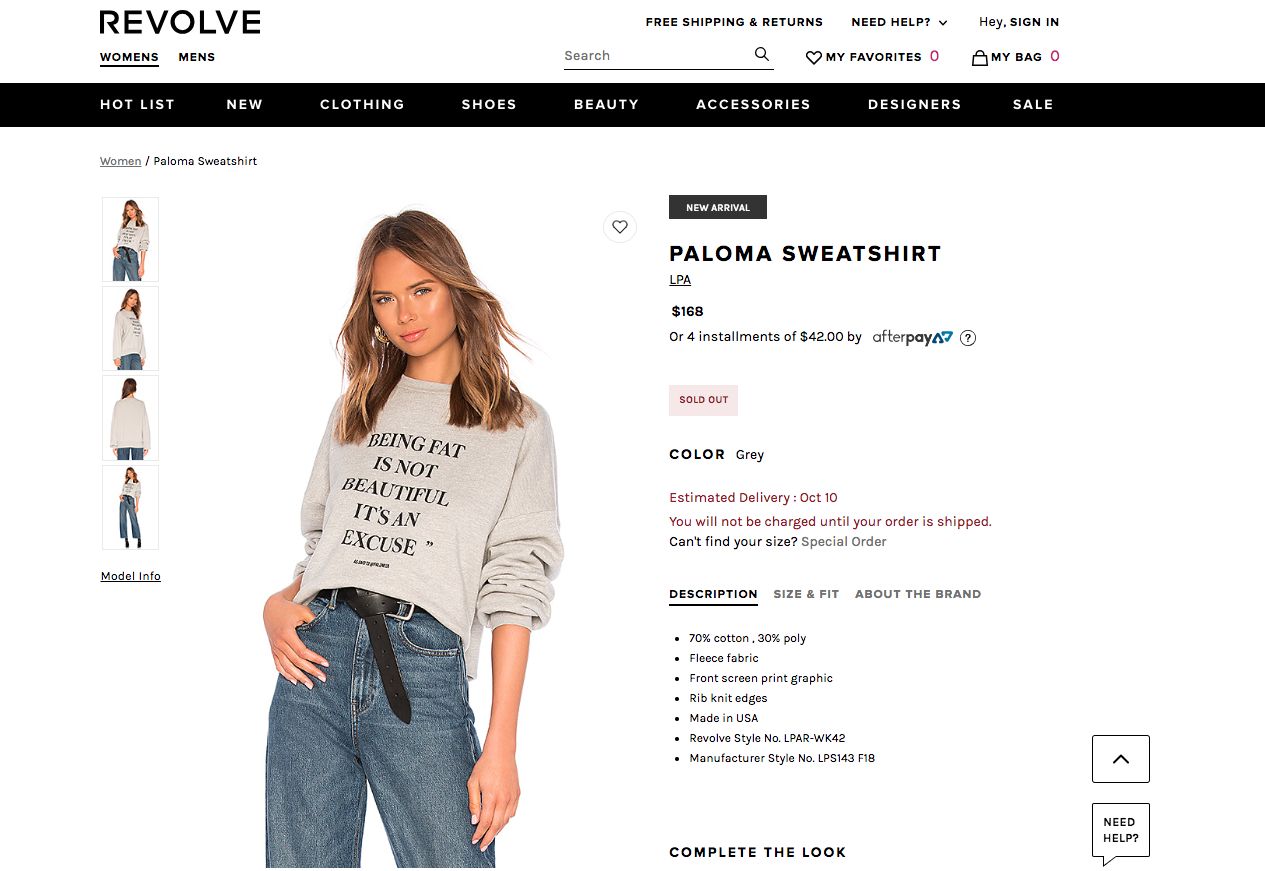 Of all the quotes to put on a sweater, this is what they chose. The sweatshirt was created by a brand called LPA and was being sold for $168. The sweatshirt actually sold out. Believe it or not.  I first heard about this foolishness from plus size model Felicity Hayward. Yesterday she tweeted the following

What the hell is this @REVOLVE !? pic.twitter.com/aQtvmcEkR8

When I saw it, it immediately made me upset because the level of disrespect fat people receive is out of this world. What kind of message does this really send? The bigger question was who on the marketing team of Revolve and LPA thought that this was okay? Well, after receiving an innumerous amount of backlash on social media LPA, Revolve, and (gasp) Lena Dunham have all spoken out about the controversy. So, here’s how this fat phobic controversial sweatshirt campaign came about.

Here’s what LPA had to say about the sweatshirt line and the real message they were trying to send.

What was conceived as a statement on today’s internet culture and its treatment of women has gone terribly wrong. We at LPA were so honored when Lena Dunham agreed to work with us on this capsule collection and, most importantly, thrilled at the exposure our work would give to such a serious issue. We coordinated each aspect of the collection itself, to the chosen quotes to the design. We were proud of our final product, the conversation it would start and – most importantly – the direct effect it would have on such an impactful charity in “Girls Write Now”. Where we faltered was not intention, sincerity or conception, but in my own lack of communication that lead to how the collection was portrayed on Revolve.com and the pre-mature release of the e-commerce imagery, a day prior to launch. We were planning to launch with an image of Lena in the sweatshirt along with our statement and explanation. I cannot apologize enough to my good friend Lena, and others, to all of LPA’s fans. We work hard to make the right choices every day, understanding the platform and the opportunity that we are lucky enough to have, and we are so sorry to have let you all down. We know the quotes within the collaboration were shocking, which was entirely the point. To spotlight how we’ve normalized the way we bully and speak negatively to one another via the internet. Given this controversy, we support Revolve.com and join them in their removal of the collection from our site. We are also proud to make our own donation to “Girls Write Now” – in honor to their commitment to this admirable cause.

Now, here’s what Lena Dunham had to say about the sweatshirt line, her intentions, and why she’s upset with Revolve.

For months I’ve been working on a collaboration with LPA through parent company @revolve – sweatshirts that highlight quotes from prominent women who have experienced internet trolling & abuse. This is a cause very close to my heart and the proceeds were meant to benefit charities that help young women by empowering them to express themselves through writing and art. Without consulting me or any of the women involved, @revolve presented the sweatshirts on thin white women, never thinking about the fact that difference and individuality is what gets you punished on the Internet, or that lack of diversity in representation is a huge part of the problem (in fact, the problem itself.) As a result, I cannot support this collaboration or lend my name to it in any way. I am deeply disappointed in @revolve’s handling of a sensitive topic and a collaboration rooted in reclaiming the words of internet trolls to celebrate the beauty in diversity and bodies and experiences that aren’t the industry norm. *** I’d like to especially extend my love and support to @palomija, whose quote was the first to be promoted and mangled. She’s a hero of mine. Like me, she gave her quote in good faith and shared her vulnerability in order to support arts education and to spread her message of empowerment, and she wasn’t consulted in the marketing. Not an ounce of negativity should be sent her way. *** My only goal on this planet is to empower women through art and dialogue. I’m grateful to every woman who shared a quote and so disappointed that our words were not honored. As a result, I will be making a donation to the charity of every woman’s choice who was wronged with me and I hope that @revolve will join me with a contribution of their own. *** P.S. This Rubens painting makes me happy because it’s about women joining in love, but he didn’t recognize diversity at all- he just loved curvy butts. Problematic fave.

After hearing both sides, I still don’t get how these sweatshirts were meant to empower women. Even if they used a bigger model, the sweatshirt only went up to a size XL. Also, walking around with a sweatshirt that has those types of negative comments about fat women and men would do more harm than good. It would also empower and encourage people to think its okay to disrespect fat women and men. As a plus size woman, if I saw someone walking down the street with that sweatshirt, it would make me want to say some ungodly things to that person. I’m quite sure it would make someone else want to punch that person in the face.

How does selling a sweatshirt with a loaded negative statement promote body positivity or encourage people to celebrate diversity? In the words of Kanye West, “How Sway?”

As of today, the sweatshirt has been pulled from Revolve’s site. Also, Revolve will be making a donation to the “Girls Write Now” charity. 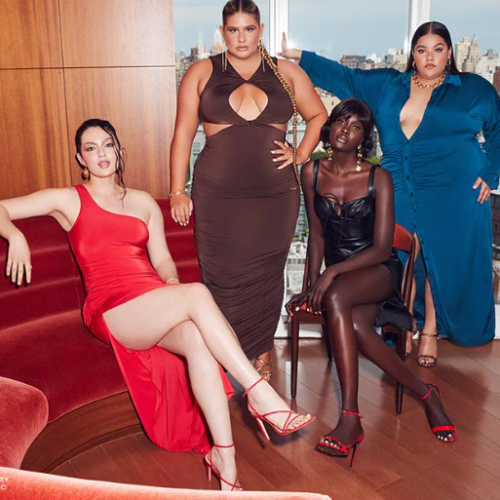 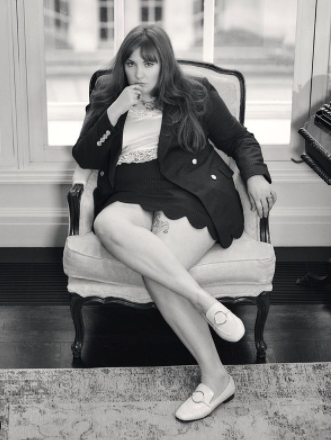 11 Honore & Lena Dunham Collaborate On A Luxe Plus Size Collection 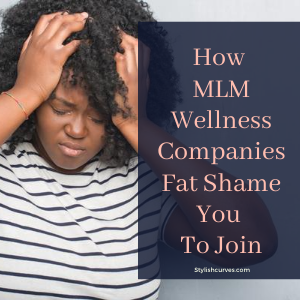 No Sis, You Can’t Fat Shame People Into Joining Your MLM