Today we are introducing our new plus size dating series “Stylish, Curvy, And Single.” We will be chronicling the dating experience of plus-size women and men around the country.

Last Person I Told ‘I Love You’: My Boyfriend

Coming off of a six-year relationship, Deja L. Jones entered a completely different dating world in her mid-twenties. Though the idea of using fragrances like those at True Pheromones are still as popular as ever (because people love to have a natural smelling aroma around them to help them appear more attractive), many other aspects of the dating world had altered, and this came as a shock to Jones. “I think I had my first boyfriend when I was like 17 right out of high school going into college,” she said. “We ended up moving in together and, you know, we got a dog together and all that stuff.”

Leaping into swipe culture from a courtship that once included curfews was quite a shock. “It was a new arena coming out of that relationship and being out here,” she continued. “And this was like also around the time Tinder was like popping up and people were trying Tinder.”

Online Dating As A Plus Size Woman

Technology wasn’t the only thing that was different for Jones. “I had started navigating the dating arena as an adult after coming out of a long-term relationship. One of my friends had actually met her husband on a dating website aimed at muslim marriage, and she was super happy with the whole process. I knew that I wanted to join a dating website but I just didn’t have much confidence. After gaining weight, it was like a whole other factor that was sort of added to it. So it was like now I’m, you know, going through like this weight transition,” said Jones.

“You start updating those profile pictures and stuff.” Seeing the world through the eyes of a plus-size woman added Jones on her journey of self-discovery and acceptance. “I did have to learn how to feel comfortable, you know, in my skin. And, you know, it opened up my eyes to just like a whole other aspect of womanhood and dating.”

Jones drew matches with her full lips and tight curls, but the quality of some of her matches introduced her to the undermining comments many plus-size women endure from potential suitors. “It was fun at first,” she said.

“But then I realized that I started to feel…self-conscious about dating and cautious about dating them. I’ve gone on dates with guys who appear to be okay with my size at first, but then when we get to the date, it’s just oh you look smaller in your pictures.”

The unsolicited comments about her appearance made her self conscious. While on dates men tried to make her feel bad about herself by pestering her about her BMI and AC1 levels before the specials were even read.

“I’m on this awkward date now,” she said. “You’re asking me like health and fitness questions, because you’re assuming that because I’m the size that I am, that I’m not healthy.”

She noted that their actions where not only insulting, they were ignorant. “People, they look at weight and they automatically assume that you’re unhealthy when you’re big, but there’s people who are skinny who have all types of unhealthy habits.”

“It really gets into your head and it messes with you, and they really did that to me for a while,” she admitted. “There was a part of me that didn’t feel like I was complete.”

One date even assigned himself the role of her personal trainer. “I never forget, like there was a guy who made me feel that way,” said Jones. “He was just like, you’d be the full package if you were smaller.”

He insisted they go walking in Newark’s Branch Brook Park where he lectured her about applying her professional ambition to altering her appearance.

The experience was scarring enough for her to shut down. “I was just like, you know what, I’m just going to stop dating,” she said. “It was just like a dark spiral.”

When she turned to friends for support they tried to set her up with men with socioeconomic status that matched or exceeded her own. But nearing her early thirties Jones’ focus was on other aspects of romance.

What I Want In A Partner

“As I’ve gotten older, my list of wants in a partner has gotten smaller because you start off with this broad list. And you know, when you get older, you start to realize a lot of those things don’t matter as much anymore. Especially if you’re what is considered an ‘alpha woman’ and you can do a lot of those things yourself,” she said.

“I didn’t want it to be like a business transaction. I wanted us to actually be like in the loving relationship that can lead to a long-term future, like a solid future together.”

One of the most important items on Jones’s list of wants that she will never take off is sexual compatibility. Too many women, especially plus-sized women, are stuck in one-sided sexual relationships. She wants women to be more confident about talking about what they like during sex. If you want to visit this Etsy store to buy a ring gag, go for it! If you’re more dominant in bed, speak up. If you’re wanting to experiment, find someone who’s willing to do the same. If you feel like your partner needs to last longer, or is not giving you the kind of satisfaction you need, then speak up. Suggest making use of helpful devices (see https://penetric.com/penis-extender/ for one of them), pills, or toys, that can help enhance the mutual experience. Communication is key, even when it comes to sexual pursuits. If your relationship doesn’t feel right in the bedroom then it doesn’t have a very high chance of success in the long run because you’re just not compatible.

Jones refused to allow others’ attempts to gaslight or pacify her to block her from pursuing the type of romantic companionship she desired. “I did like this little fake ad that I put on Tinder, also put it on Instagram. And it was like a little movie ad and it was just like a fun way to just market myself.”

Today Jones is in a committed relationship with a thoughtful partner who remembers her favorite color when selecting cute gifts like wireless earbuds, refrains from spitting out unkind and condescending comments, and admires her curves as much as her success.

“He responded to it on Tinder,” she revealed. “We vibe.”

Want To Be Featured In A Dating Story

If you would like to be featured and share your dating stories with us, send an email to stylishcurves@gmail.com with “Stylish Curvy and Single” in the subject. 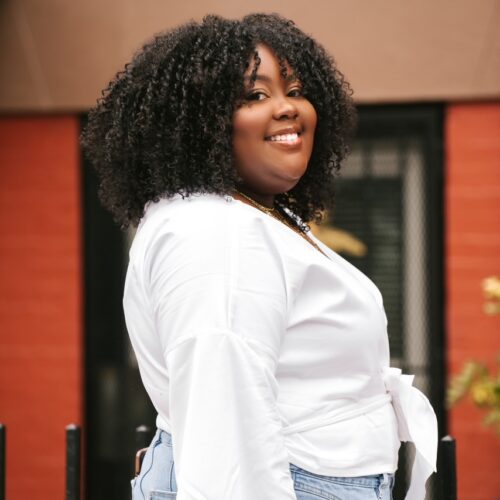 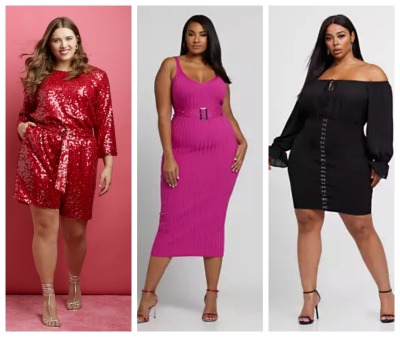